After years of puzzling over how to deal with cryptocurrencies, the world’s governments – and their tax authorities – are finally getting serious about regulation. In an effort to crack down on tax evasion and other criminal activities, the ATO has released rulings to clarify the tax implications of mining, exchanging, investing in or transacting with cryptocurrencies.

If you’re considering buying and selling bitcoin or any of the hundreds of new cryptocurrencies, or already have, here’s what you need to be aware of.

The ATO is seeking to stamp out cryptocurrency-enabled tax evasion by drawing on the powers it has under the Anti-Money Laundering Counter-Terrorism Financing Act and employing sophisticated data-matching techniques that ferret out unexplained wealth.

Under amendments to the Act passed in December 2017, cryptocurrency exchanges will have to be registered with and report to the Australian Transaction Reports and Analysis Centre (AUSTRAC). Exchanges will be required to report any transaction that seems suspicious or totals $10,000 or greater.i

The ATO’s counterparts, such as the USA’s Internal Revenue Service, are introducing similar regulations. As a result, the opportunities to buy or sell cryptocurrency anonymously are fast disappearing.

According to the ATO guidelines, if you are going to engage in cryptocurrency transactions, you will need to keep records of the following:

The ATO also plans to use 100-point identification checks for cryptocurrency investors.

The tax treatment of cryptocurrencies is still evolving, but here’s how things currently stand.

Let’s say you’re an early-adopter who has bought bitcoins, litecoins, ethereum, Zcash or sanother cryptocurrency. If you use it to buy goods and services worth less than $10,000 for personal use or consumption, there should be no tax implications.

Despite originally declaring that transacting with bitcoin is akin to a barter arrangement, with similar tax consequences, the ATO has since reversed its advice on the GST implications. As of July 1, 2017, sales and purchases of digital currency such as bitcoin are no longer subject to GST. This policy remains “under review” but for the time being, GST is off the table.

When it comes to capital gains tax (CGT), things get complicated.

If you buy cryptocurrency for personal or even business transactions and the value of that currency increases or decreases between the time you purchase it and spend it (a common occurrence), that does not have any capital gains tax implications either in terms of being able to claim losses or be taxed on profits.

But if you purchase cryptocurrency as an investment – that is, your cryptocurrency transactions “amount to a profit-making undertaking” – then “the profits on disposal of the bitcoin will be assessable income”.

The ATO recently noted that: “The creation, trade and use of cryptocurrencies is a rapidly evolving area.” It also implied that even though they will now be taxed similarly to other asset classes, cryptocurrencies remain a dangerous gamble.ii

While the media has been focused on attention-grabbing tales of huge returns, it’s been less interested in the flipside of big losses, nor the many cryptocurrency scams. While the ATO has given notice that it will expect its cut if you profit on cryptocurrency investments, don’t expect other government agencies, such as the Australian Competition and Consumer Commission (ACCC) or the Australian Securities and Investments Commission (ASIC), to be too concerned if something goes wrong.

ASIC Commissioner John Price recently warned Australians not to invest in “speculative… quite high risk” cryptocurrencies unless they were “prepared to lose some or all of your money”.iii

It may be that the investment risk of cryptocurrency will end up being addressed, possibly as a result of increasing government regulation. But that day remains some way off.

i ‘Bitcoin to be regulated in Australia’, Baker McKenzie, December 2017, https://www.bakermckenzie.com/en/insight/publications/2017/12/bitcoin-to-be-regulated-in-australia/ 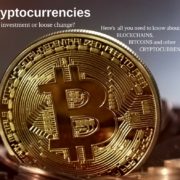 Blockchain, Bitcoin & other Cryptocurrencies: What you need to know 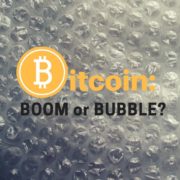